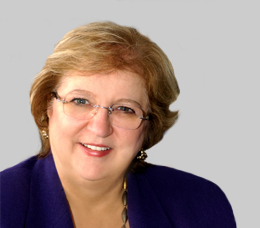 Louise Fréchette was the first Deputy Secretary-General of the United Nations. A national of Canada, she assumed her duties on 2 March 1998, after having been appointed by Secretary-General Kofi Annan. She remained in the post until 31 March 2006.

Before joining the United Nations, Mme. Fréchette pursued a career in the Public Service of Canada, serving notably as Ambassador to Argentina with concurrent accreditation to Uruguay and Paraguay (1985-1988), Ambassador and Permanent Representative to the United Nations (1992-1994), Associate Deputy Minister of Finance (1995) and Deputy Minister of National Defence (1995-1998).

Mme. Fréchette began her career in 1971 in Canada’s Department of External Affairs. She was part of her country’s delegation to the General Assembly in 1972, and then served as Second Secretary at the Canadian Embassy in Athens until 1975. From 1975 to 1977, Mme. Fréchette worked in the European Affairs Division in Canada’s Department of External Affairs.

Returning to Europe, she served as First Secretary at the Canadian Mission to the United Nations in Geneva from 1978 to 1982. After serving as Deputy Director of the Trade Policy Division in the Department of External Affairs from 1982 to 1983, Mme. Fréchette became Director of the European Summit Division from 1983 to 1985.

Mme. Fréchette is a Distinguished Fellow at the Centre for International Governance Innovation of Waterloo, Ontario, and currently chairs a project on nuclear energy and the challenges of global governance.

Louise Frechette has been a Member of the Global Leadership Foundation since 2010 and joined the Board of GLF in 2015.