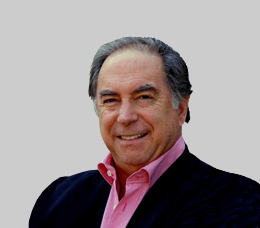 Juan Gabriel Valdés is one of Chile’s most distinguished diplomats, having enjoyed a long political and academic career.

Having begun his professional career in 1972 as a researcher for the Political Science Institute at Universidad Católica de Chile, Juan Gabriel Valdés spent most of the period of Chile’s military regime in exile in the United States and Mexico.  During this period he worked for a number of think tanks and universities, including the Institute for Policy Studies in Washington, D.C., the Latin American Institute for Transnational Studies and the Centre of Economic Research and Teaching, both in Mexico City. In 1984 and 1987 he was a research fellow at the Kellogg Institute of International Studies of Notre Dame University and at the Centre for Latin American Studies at Princeton University.  In 1985, he worked as a consultant at the Economic Commission for Latin America.

On his return to Chile, in 1981 Juan Gabriel Valdés became actively involved in the reestablishment of democracy in that country participating in various organizations promoting unity among the opposition to the military regime. He was also a board member and editorialist of magazines challenging the press control existing at the time. In 1988 he coordinated the television campaign against the military regime in the plebiscite that led to the defeat of the Pinochet dictatorship.

Between 1990 and 1994 he served as the first Ambassador of the new democratic regime to Spain. Upon his return to Chile he became head of the international division of the Ministry of Finances assuming the role of lead negotiator for the accession of Chile to the North American Free Trade Agreement. In this position he conducted the negotiations with Canada and Mexico and led the initiation of negotiations with the United States.

In 1996 Juan Gabriel Valdés was appointed Director for International Economic Relations (DIRECON) in the Chilean Foreign Ministry, a position he held for three years. During this time he leaded the first negotiation of his country with Peru, sought to deepen Chile’s economic integration with the region and the world, launching talks with the EU and South Korea. In 1999 he was honoured by the US with the country’s “Promoting Free Trade” award.

Having left his government position at the beginning of 1999 to join the Presidential campaign of Ricardo Lagos, he was called back into government by President Frei to serve as Foreign Minister. In this position he was able to close a long chapter of controversies with Peru on the compliance with a treaty of 1929 establishing the borders between the countries after the war of 1879.  His main challenge in this role however was to manage the international controversy surrounding General Augusto Pinochet, who was being held in London facing possible extradition to Spain. Valdés advocated Pinochet’s return to Chile both on humanitarian grounds and so he could face Chilean justice instead of Spanish. Pinochet was returned to Chile in March 2000, near the end of Valdés’ time as Foreign Minister.

Between 2000 and 2003 Juan Gabriel Valdés served as Chile’s Permanent Representative to the UN during which time he was a member of the Security Council during the deliberations prior to the invasion of Iraq.

In 2003 President Ricardo Lagos appointed him as Chile’s Ambassador to Argentina.

In 2004 Juan Gabriel Valdés was appointed Special Representative of the Secretary General of the United Nations and Head of the UN Stabilization Mission in Haiti (MINUSTAH) where he served until June 2006.

In 2007 Ambassador Valdés organized and served as the director of Chile’s public diplomacy program for President Michelle Bachelet’ government. In 2010 he was sent to Bolivia as representative of the Presidency of UNASUR, the association of South American Countries, to assist the Bolivian government in its dealing with the internal crisis.

In 2011 he was an invited professor at the Institute of Latin American Studies at la Sorbonne, in Paris.

He is a consultant at the Economic Commission for Latin America of the United Nations, ECLA, where he coordinates the Project of International Relations for Latin America, (RIAL). He is also a visiting professor at the Universidad Austral in Valdivia, Chile

Juan Gabriel Valdés holds a PhD in Political Science from Princeton University and a Master’s degree in Political and Latin American Studies from Essex University in Great Britain.  His undergraduate studies were at the Law School of the Universidad Católica de Chile.  He has published books and articles on the development of Chile, Latin America and international relations.

Juan Gabriel Valdés recently resumed his status as an active member of GLF after he stepped down from active membership in 2014 when he took up the post of Chilean Ambassador in Washington D.C.