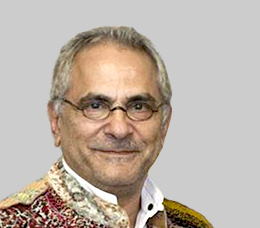 The US superpower: Viewed from a village in the Far East

In this tiny country the size of Connecticut, we have a US Embassy, a not insignificant USAid operation (actually our respective offices are separated only by a modest wall), a US Navy engineer’s unit known as “Sea Bees” who train our own army engineers. For the past 10 years, this hardworking American military rehabilitates health clinics, schools and playgrounds, or build new ones, fix rural roads, build water and sanitation facilities for impoverished communities.

Peace Corps volunteers have been here for 10 years up to March when they temporarily departed at the onset of the Covid-19 pandemic in the region. It was feared that our tiny country would be overwhelmed by the menacing pandemic. Sometime in March the PC country director Ms. Kavita Pullapilly graciously came to my office to explain that as a precautionary measure the US government was pulling out all PC volunteers from around the world.

I was relieved that these young Americans working and living in remote villages in very precarious conditions were returning to their homes where they would have better care if needed. Now as we read the news on the pandemic wreaking havoc across the US, I wonder whether these young women and men should not have stayed on among their poor host communities in this remote Far East land.

As it turned out, we are among the lucky few countries in the world without Covid-19 fatalities. In March 2020 we closed borders, encouraged hand washing and mask use and banned large events. Though our people are very independent-minded they promptly complied. In a deeply religious nation of 98% practicing Catholics, Easter masses attract tens of thousands of faithful to the thousands of Churches and Chapels spread all over the country; hence canceling the week-long holly celebrations was not a light decision. Masses were conducted over TV and radio instead.

Since March a total of 30 plus imported asymptomatic cases have been detected and were successfully treated. No fatalities and no community transmission have been registered so far.

We didn’t do it all alone. The UN system, primarily WHO, UNDP, UNICEF and WFP, China, the US Embassy, Japan, and the European Union, Cuban and Australian volunteer doctors, all assisted and worked closely with our own health officials, doctors and nurses.

From afar we followed political developments in the US and the Covid onslaught. And whenever I share information on the global pandemic with communities across my country our simple people were confused how the number one power in the world has been literarily down on its knees hit hardest and humiliated by a tiny invisible virus.

US Ambassador Kathleen Fitzpatrick has been a very visible presence, friendly, reassuring. She departed at the end of more than three years of outstanding service here. What a fine diplomat, unassuming, engaging, caring, well-liked and respected by all in our fractured political spectrum family. Even as outgoing President Trump was making a fool of himself, uttering extraordinary stupidities, threatening both friends and foes alike, Ambassador Fitzpatrick always kept a warm smile and refined demeanor.

Ambassador Fitzpatrick, the people of USAid, the Sea Bees detachment, and the Peace Corps volunteers represent the best of America that I know as I crisscrossed that vast Continent over more than two decades, in endless journeys with Greyhound buses or economy class Amtrak, in some ways I was reliving in the adventures and discoveries of Alex Tocqueville as narrated in Democracy in America.

Like millions around the world, I was horrified at how the US President stoked fear, violence, racism, uttered diatribes against friends and foes, launched trade wars on China and allies.

I pass for Latin, Arab, Israeli. My extended family is a rich mosaic of skin colors, culture and languages. I come from a country that is literally at the edge of the world bathed by the Pacific and Indian Oceans. Legend says it was a crocodile that gave birth to the island such is its crocodile picture-perfect shape.

Most Americans never heard of this splendid island but we owe our independence to many in US Congress, Democrats and Republicans. Bill Clinton played a crucial role with current UN Secretary-General Antonio Guterres (Prime Minister of Portugal in 1999), in ending the 24-year-old conflict. Clinton was sent by President George W. Bush to represent the US at our independence celebrations in 2002 in recognition of his critical leadership in mobilizing international consensus in ending the 24-year conflict in Timor-Leste.

So it is particularly heartbreaking for me to see over the past four years the institutionalization of heartlessness in the US toward its immigrant population, fomented by the language of derision on social media and at the dinner tables of Americans toward those whose skin is not pink. It is hard to describe the shock of hearing that US leaders insinuate that we who are not white and arrive on American’s shores are “criminals and rapists,” “have AIDS”.

There are criminals everywhere. Even in clean white Norway a deranged blue-eyed ultralight maniac gunned down at least 70 innocent young people, boys and girls and attempted to blow up the Prime Minister’s office building. And has Trump forgotten that Hitler wanted a dominant purest race with blue eyes, and ordered Jews and Gypsies slaughtered by the millions?

I am sad for America when I see legislation erasing a vital part of America’s character in the eyes of the world; not only slamming the doors on those seeking refuge but grabbing back basic health care from their own poor, their children and elderly.

The cruelty with which policies are carried out is not only contrary to America’s place in history; it is worsened by the fact that it is being carried out by politicians who hold Bibles in their hands and publicly parade their Christianity while doing it.

President-elect Biden and Vice-President-elect Kamala Harris give us hope, assure us, that the US will strive to be an enlightened global power that will lead in times of challenges not by coercion and threats but by building coalitions towards common solutions and the common good. Globally the US must repair and reengage old relationships shattered by Trump, reenergize multilateralism to address the global economic and social catastrophe caused by Covid-19, and return to an international rules-based world.

Domestically the two enlightened leaders will have as the first task to heal the deep wounds of the American society and unite the incredibly rich American ethnic, cultural and religious tapestry. Failing in this, the two elected leaders will be consumed by a domestic political bloodbath and thus unable to exercise global leadership.

The consequences would be catastrophic.