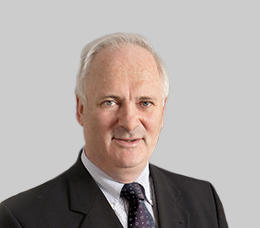 John Bruton served as Prime Minister of Ireland from 1994 to 1997 and more recently as EU Ambassador to the United States 2004-09.

John Bruton is a former Irish Prime Minister (Taoiseach), who helped transform the Irish economy into one of the fastest growing economies in the world. During his time in office the Irish economy grew at an annual average rate of 8.7%, peaking at 11.1% in 1997.

In 1990 Bruton became Party Leader of the Fine Gael Party and led it into government in 1994.

In 1996, when Ireland held the EU Presidency, Prime Minister Bruton helped finalize the Stability and Growth Pact which governs the management of the Euro. He also helped draft the European Constitution, signed in Rome on October 29, 2004 and strongly supported proposals to give the general public a more direct say in the choice of EU leadership by allowing the public of the 27 EU Member States directly to elect the President of the European Commission.

In 2004 he was appointed as EU Commission Head of Delegation in the United States for a five-year term until October 2009.