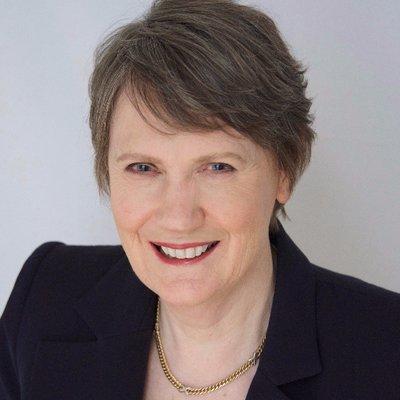 Clark joined the Labour Party in 1971 and during the following decade held a variety of positions within the party. In parliamentary elections in 1975, she was selected as the Labour candidate for a seat that was considered safe for the conservative National Party. Although she lost that election, she was elected to Parliament from a different constituency in 1981and won ten consecutive elections there. .

As Chair of the Foreign Affairs and Defence Select Committee and of the Disarmament and Arms Control Select Committee (1984–87), she played a major role in the country’s adoption of a nuclear-free stance which has been embraced across the political spectrum.

From 1987 to 1990, Clark was a Cabinet Minister, holding at various times the portfolios of housing, conservation, labour, and health. In 1989–90, she also served as Deputy Prime Minister and in 1990 was appointed to the Privy Council, becoming the first woman in New Zealand to hold those offices.

As Prime Minister, Clark also held the portfolio of arts and culture and appointed a diverse team of ministers which included 11 women and 4 Maori. During her nine years as Prime Minister, New Zealand enjoyed strong economic growth, low unemployment, and significant investment in public services. It set clear objectives for sustainable development and climate action. It also prioritised reconciliation and the settlement of historical grievances with New Zealand’s indigenous people and the development of an inclusive multicultural and multi-faith society. It maintained New Zealand’s independent foreign policy and support for multilateralism, one consequence being its refusal to support the Anglo-American invasion of Iraq in 2003.

Helen Clark became the Administrator of the United Nations Development Programme in April 2009 and was the first woman to lead that organisation. She was also the Chair of the UN Development Group, a committee consisting of the heads of all UN funds, programmes and department working on development issues.

Helen Clark stepped down after eight years and two terms as Administrator in April 2017. She now engages in public advocacy across a range of the issues she has engaged in over decades in public life.

Throughout her career, Clark enjoyed a reputation as a skillful politician and a capable advocate of nuclear disarmament, public health policy, and sustainable development. For her work on peace and disarmament, she was awarded the Peace Prize from the Danish Peace Foundation in 1986. In 2009 she was made a member of the Order of New Zealand, the country’s highest honour.

Ms Clark has been involved in a GLF project in South Asia.