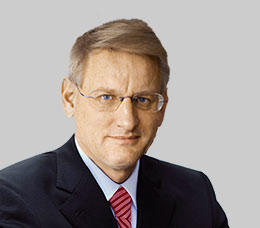 The Armenian Model for Belarus

While many Western observers have seized on Ukraine’s 2004-05 and 2014 revolutions to understand the mass protests in Belarus, a much better analogy is to Armenia’s democratic transition in 2018. Armenians demanded a change in domestic governance, not in the country’s geopolitical orientation, and that made all the difference.

STOCKHOLM – With Belarusians taking to the streets in unprecedented numbers and refusing to be cowed by state violence, it is obvious that Belarusian President Alexander Lukashenko has failed in his bid to steal another election and prolong his time in power. By all standards, his days in power are now numbered.

Many commentators are comparing the situation in Belarus to Ukraine’s Orange and Maidan revolutions in 2004-05 and 2014, respectively. But Belarus is not Ukraine, and nor is it particularly helpful to apply the Maidan model to the scene playing out in Minsk and other Belarusian cities and towns.

Although domestic issues of corruption and mismanagement have undoubtedly played a role in Ukraine’s post-Cold War political developments, the main determining factor has been the wish to bring the country into the European fold. The Maidan movement was a direct response to then-Ukrainian President Viktor Yanukovich’s attempt to abandon the cause of European integration and reform. The revolutionaries openly mobilized under the banner of the European Union.

The uprising in Belarus is different. Domestic concerns are clearly playing the more salient role, and questions about the country’s orientation vis-à-vis Europe or Russia are almost totally absent. Belarusians are simply fed up with the 26-year reign of a man who is increasingly out of touch with society. The banner of the revolution is the forbidden white-red-white Belarusian national flag, which is likely soon to become the country’s official flag (as it was in 1918 and 1991-95). Indeed, no other banners have even made an appearance.

Still, while every political revolution must forge its own path, there are models available to help outside observers understand what may lie ahead. In Belarus’s case, I would offer an analogy not to Ukraine, but rather to Armenia in the spring of 2018, when mass demonstrations led to the resignation of longtime President Serzh Sargsyan and inaugurated a new democratic era for the country.

Armenia, too, has always had a close relationship with Russia, for both historical and strategic reasons. In 2013, the country abstained from joining Georgia, Moldova, and Ukraine in entering into a Deep and Comprehensive Free-Trade Agreement with the EU, opting instead to join the Russian-led Eurasian Economic Union (EEU).

During the events of 2018, there were justifiable fears that Russia would intervene in some way in order to forestall another “color revolution” in a former Soviet republic. But, because Armenia’s geopolitical orientation wasn’t poised to change, the Kremlin seems to have restrained itself.

Under the best of circumstances, the Armenian revolution could provide a template for Belarus. The immediate goal is for a transitional administration to pave the way for a new presidential election under international monitoring. To ensure a smooth process, Belarus’s external orientation should be kept off the table. The election and broader struggle must be solely about democracy within the country, and nothing else.

To create the conditions for the “Armenia model,” the EU must craft its coming sanctions carefully, targeting only the individuals who are responsible for and involved in the obvious falsification of the election and the ensuing violent crackdown on protesters. Any action that imposes costs on Belarusian society and the economy more broadly would be counterproductive.

Moreover, Europe and other Western powers will need to accept that a newly democratic Belarus will still be dependent economically on Russia, at least for now. Long-needed reforms to modernize the Belarusian economy will, one hopes, gradually make that relationship more balanced within the framework of the EEU.

Similarly, because a Ukraine-style association agreement with the EU won’t be an option, the priority should be to bring Belarus into the World Trade Organization, and to support it through the International Monetary Fund. Both of these processes would introduce conditions for domestic economic reforms, and the hope is that a democratic regime would quickly adopt them.

After its democratic revolution, Armenia continued to host a Russian military base outside of its capital, Yerevan. While Russia doesn’t have a comparable military presence in Belarus, it does have obvious security interests, with a small air force unit and two strategic facilities. On this and similar defense issues that do not represent a threat to anyone else, there is no reason why existing arrangements shouldn’t remain in place.

Whether Russian President Vladimir Putin would accept an Armenian-style political transition in Belarus is, of course, an open question. There are bound to be some in his inner circle issuing paranoid warnings about a slippery slope leading to NATO taking over. To head off those calling for a brutal crackdown to prevent any kind of democratic breakthrough, the West will have to be proactive in its diplomacy, making clear that it will support a democratic Belarus that still chooses to have close links to Russia.