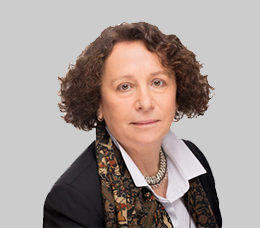 Today, the US is hardly the hegemon it was a generation ago, with its democratic institutions under attack by a sitting president and millions of his unhinged supporters. As a result, global liberalism has lost its compass, with the EU demonstrating little appetite to uphold core values.

MADRID – The United States’ presidential transition, culminating in Joe Biden’s inauguration, has been a roller-coaster ride. It has brought moments of horror and flashes of hope, dismay at how fragile democracy seems to be, and a sense of relief that it has survived thus far. But, for Europeans, this tumultuous transition should also bring something else: honest reflection about the state of liberalism in today’s world.

The liberal tradition’s vitality has always relied on universality: the belief that liberal values apply to all of humanity. This conviction has sustained a sort of zeal, which propelled efforts to build, deepen, and sustain the liberal international order.

Consider the Universal Declaration of Human Rights – a quintessential exemplar of liberal values. When it was being forged in the years following World War II, the Soviet Union opposed the inclusion of individual rights, insisting that human rights could be exercised only through the government. Saudi Arabia, for its part, took issue with the inclusion of freedom of religion, arguing that the country’s Islamic-based law must come first. Neither caveat was included.

Although neither government (or South Africa) voted for the UDHR, including individual rights was clearly the right decision. The Declaration was not about codification; it was not meant to be binding (though it has since been incorporated in innumerable binding instruments). Instead, it represented hope for a better world. The UDHR’s precursor, the Atlantic Charter, stated the hope that “all the men in all the lands may live out their lives in freedom from fear and want.” It had to be universal.

This belief in universal liberal values provided a center of gravity around which to orient the West through the Cold War. It persisted after the fall of the Berlin Wall, outlasting a new round of calls for relativism – such as to take into account “Asian values” – in the 1990s. The hegemonic US – the seemingly incontestable arbiter of liberalism worldwide in the years after the collapse of the Soviet bloc – was central to this belief’s endurance.

Today, the US is hardly the hegemon it was a generation ago, with its democratic institutions under attack by a sitting president and millions of his unhinged supporters. As a result, liberalism has lost its engine and compass. China, for its part, is eager to fill the void with its own universal, Sino-centric model.

With the recently concluded European Union-China Comprehensive Agreement on Investment (CAI), Europe seems to be acquiescing. Though the deal was seven years in the making, both sides were eager to conclude it by the end of 2020, before Biden’s administration, which is committed to creating a united front of democracies to counter China, took office.

On the European side, Germany wanted to count the deal among the achievements of its Council of the EU presidency. So, even as it touted its impending new global partnership with the US, it rushed to complete the deal with China – the central foreign-policy challenge of our time – over the objections of Biden’s team. There are much smarter ways for Europe to demonstrate its oft-proclaimed desire for “strategic autonomy.”

And yet that is not the most disappointing part of the story. Rather than taking a stand on human rights, as Europeans did in 1948, the EU gave the issue little more than a wink: the deal merely says that both sides will “work toward” implementing international labor conventions. Given China’s obvious lack of interest in observing the international prohibition on forced labor, the promise is worth little more than the paper on which it is written.

And for what has Europe sold its soul? The CAI promises European companies greater access to the Chinese market, though as Australia’s bitter experience has shown, the deal’s investment provisions may mean little. Yet, even if the deal brought massive economic benefits, they would not offset its moral cost.

Former German Chancellor Helmut Kohl once said, “If one has no compass, when one doesn’t know where one stands and where one wants to go, one can deduce that one has no leadership or interest in shaping events.” He was talking about German foreign policy under Chancellor Angela Merkel, but his words apply to the EU today.

Liberal values are our compass. Without it, we cannot navigate the uncharted terrain of an international order in flux. Nor can we afford to ignore its readings just because a powerful leader tells us to alter course. Regardless of who occupies the White House, if the EU succumbs to complacency (reflecting a lack of appreciation for our values) and resignation (arising from a lack of confidence), it will end up soulless, lost, and without agency or influence.