Sir David Davies Stands Down as Chairman of GLF (UK)

Earlier this year, Sir David Davies informed the Chair of GLF that he wished to stand down from the chairmanship of GLF (UK). In accepting this request, Helen Clark has noted the long and loyal service of Sir David to the Foundation’s cause and has thanked him most warmly on behalf of all who have benefited from his work. Sir David took part in the early discussions on the formation of GLF in 2003 and actively worked to support GLF from its establishment in 2004.  He chaired the GLF Advisory Committee from May 2005 until its evolution into the Strategy & Development Committee in March 2015, and the Board of GLF(UK) from its inception in 2007 until this year.  GLF has benefited greatly from Sir David’s invaluable knowledge, experience, and contacts which he has shared freely to assist GLF’s development. 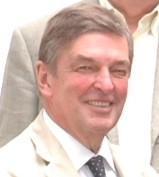